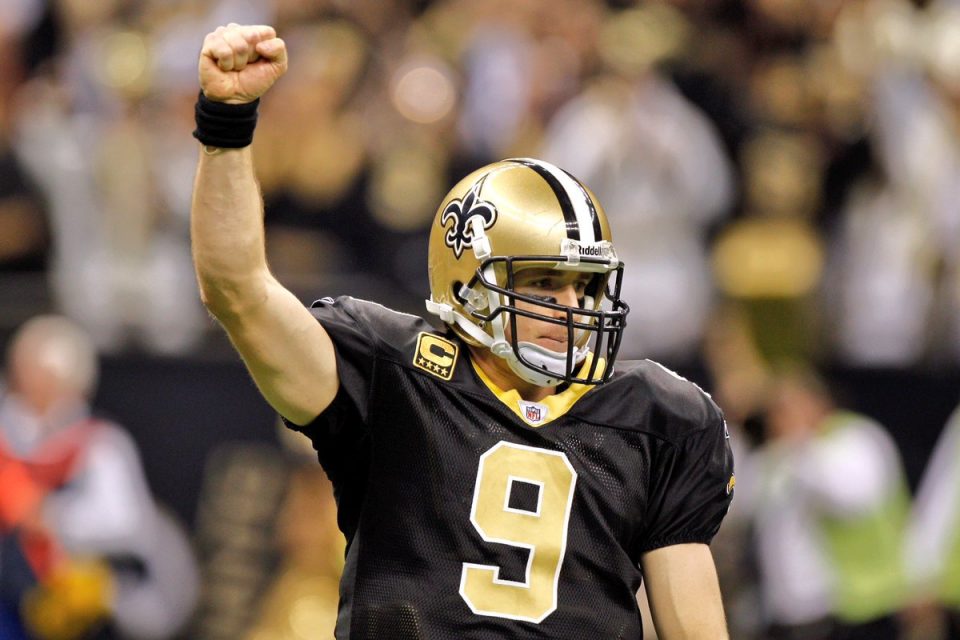 Perhaps the most amazing thing is that he broke this record in 15 games. The Saints still have one game left, at home against the Carolina Panthers on New Year’s Day. While he already has the NFL record, Brees still has two marks to surpass.

Has any quarterback at any level of American football thrown for more than 3 miles in a single season? The answer is four, all in NCAA Division I Bowl Series football. B.J. Symons set the record of 5,833 passing yards in a season in 2003 at Texas Tech. Another Texas Tech QB, Graham Harrell, is second with 5,705 yards in 2007. Houston QB Case Keenum threw for 5,671 yards in 2009, and Hawaii QB Colt Brennan threw for 5,549 yards in 2006.

Those college records, however, don’t translate into pro success, largely because those teams ran the run-and-shoot offense, which fell out of favor in the NFL decades ago. Harrell, who also holds the Texas high school football single-season passing record — 4,825 yards in 2003 — is the 3rd-string quarterback for the Green Bay Packers, while Symons and Brennan are currently out of football. Keenum, who is the NCAA’s all-time leader in total passing yards, touchdowns, and completions, is finishing his senior season at Houston.