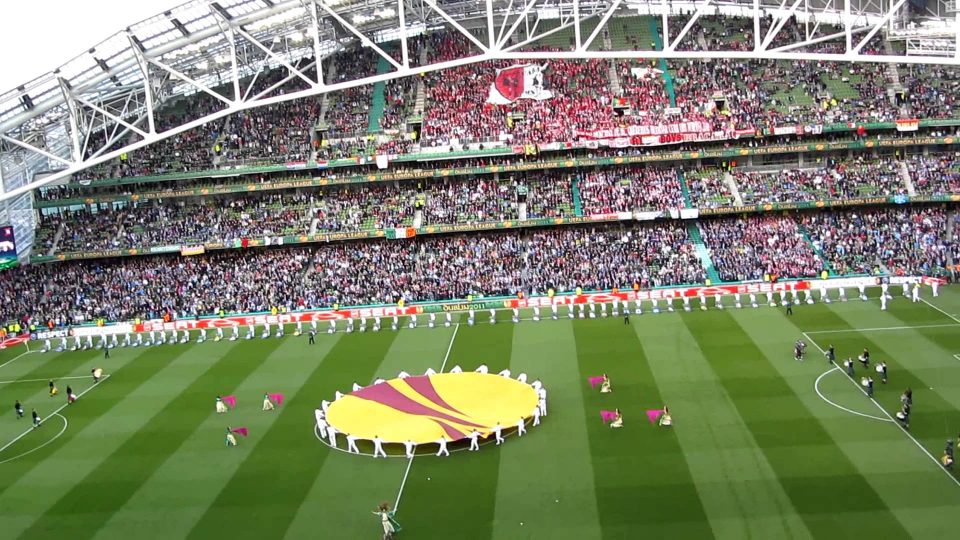 I’ve written in the past about searching for meaning in trophies, and whether winning a competition — any competition — means more to top-flight clubs than the financial windfall that comes with finishing in a top league position.

Fans, of course, want the trophies. Last April, I posed this question to a few Manchester City supporters: if you had to choose one, would you prefer Man City finished in the top four of the Premier League or won the FA Cup? Without hesitation, they chose winning the FA Cup. Seeing their club lift a trophy was the most important thing.

That answer seems somewhat prescient today, one day after both Manchester City and Manchester United were knocked out of the UEFA Champions Leagueand sent down to the second-tier Europa League. City’s fate was out of its hands after its loss at Napoli, while United’s shocking collapse in Switzerland has pundits suggesting there’s trouble in paradise. (And if you saw United’s midfield get overrun by the champions of Switzerland – something that had only been witnessed before in Michel Platini’s wet dreams — you’d be inclined to agree.)

So while Chelsea and Arsenal supporters sit back and savor the schadenfreude, the question sits out there like Dimitar Berbatov on the bench — will either of these giants actually make an effort to win this thing?

After all, Champions League elimination doesn’t change the fact that Man City and Man United are now #1 and #2 on the Premier League table, and that’s clearly the most prestigious trophy on offer to them now. Some might even argue the FA Cup is a more worthwhile competition to win than the Europa League.

This might explain why bigger English clubs have a long history of spurning this competition. Martin O’Neill ran out the Aston Villa reserves in the Europa League three years ago so he could stay focused on finishing fourth in the Premier League. (Ultimately, that effort failed.) Harry Redknapp can’t wait for Tottenham Hotspur to get bounced out of the group stage this season, so that he can focus on staying in the top four of the Premier League. Only a smaller club like Fulham, who reached the Europa League final in 2010, would find value in pursuing that trophy. (Lest we forget, Fulham’s inability to contain current Man City forward Sergio Aguero was one of the main reasons they lost that final to Atletico Madrid.)

A trophy is a trophy, though, and this is one that either Manchester side couldwin with a little effort. Imagine how much fun it might have been if either Sir Alex Ferguson or Roberto Mancini did their best Jim Fassel impersonation in front of the press and declared, “We’re going to win the Europa League.” Mancini came closest with his “two trophies” declaration, but that could be any two, and City is much closer to winning the Carling Cup first. If they can survive a two-legged tie against Liverpool, they seem likely to annihilate the Championship side they’ll face at Wembley — even if one of them did win at Old Trafford to reach the semis. Win a Carling Cup, and City will gladly sacrifice the 2nd-tier European trophy to win the top flight in England.

And what of United, a club that hasn’t had a trophy-less season in seven years? Do they decide to take the Europa League seriously, or do they bail from that competition to focus on knocking City off the top spot? Losses to Crystal Palace and Basel in a two-week span — not to mention the loss of their best center back for the season – would suggest they might not be capable of either with their current squad. We could see Sir Alex make some big moves in January.

Either way, this trophy is very much up for grabs, and there are plenty of good clubs here — including Valencia, Schalke 04, and last year’s winners Porto — who would be more than happy to lift it next May. Man City and Man United would be good bets to win the Europa League if they tried, but if we’ve learned anything about this competition, it’s that this isn’t about who wants it more, but who even wants it at all.

Schadenfreude, Thy Name Is Sergio Ramos