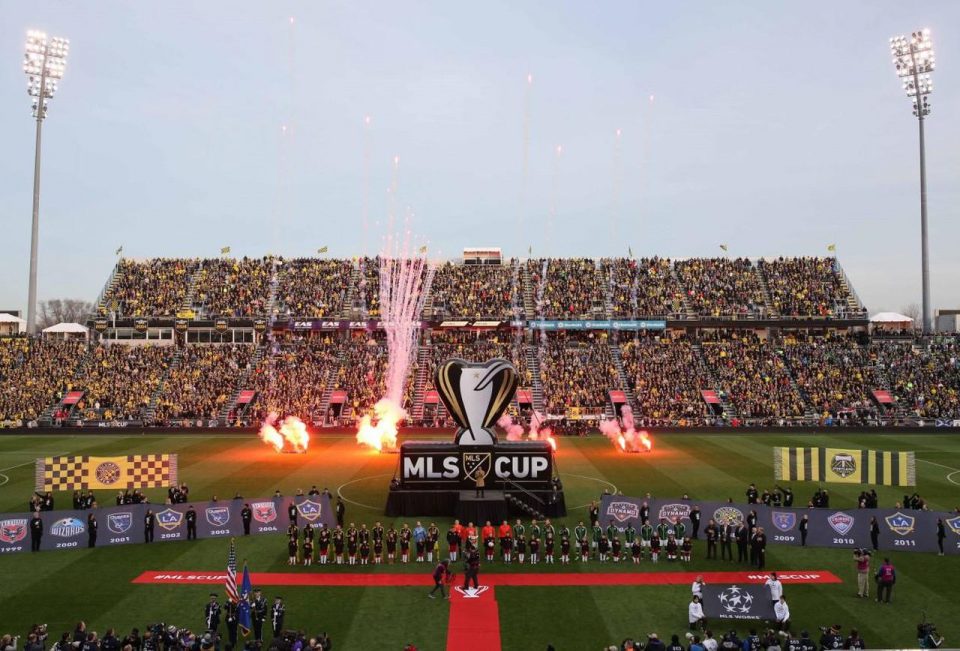 It took five full seasons and a whole lot of grief, but last night, Major League Soccer finally got the photo it had wanted for so long:

David Beckham, the most famous footballer on the planet — which he was, at least, in 2007 when he signed that $32.5 million deal with the Los Angeles Galaxy — lifting the biggest prize in American soccer.

Never mind that it took the full length of that five-year deal. Never mind that Lionel Messi and Cristiano Ronaldo might have higher international Q scores now. Never mind that books were written about how Beckham and Landon Donovan didn’t get along at all. Never mind that it took all three of the Galaxy’s designated players — Beckham, Donovan and Robbie Keane, who were paid a combined $12.2 million this season and have scored a combined 187 goals in the Premier League, and isn’t that a number Galaxy superfan Snoop Dogg will appreciate — to work together to get the lone goal scored in the MLS Cup Final. Never mind that Adam Cristman’s complete lack of apparent skill on the pitch last night nearly torpedoed the entire thing.

And certainly never mind that this photo is probably more entertaining:

None of that matters now. MLS got the photo it wanted. It will be plastered on web sites around the world, sending a message to players and fans everywhere — soccer mattersin America. Come explore what we’ve got.

And what will people find when they explore MLS? They’ll find stadiums in many cities — most notably Seattle, Portland, Los Angeles and Philadelphia – that have great match day atmosphere. They’ll find more young up-and-coming stars than they will aging veterans playing out their careers. They’ll find a knowledgable fan base that’s growing every season. They’ll find that the level of play here, a few players excepted, isn’t all that bad. Sure, Chelsea v. Liverpool was far more watchable and displayed far more talent on the pitch yesterday than L.A. Galaxy v. Houston Dynamo, but who’s to say that this Galaxy squad couldn’t pick off its share of clubs at the bottom of the Premier League table? Could Wigan defend as well as the Dynamo did against L.A.? Could Blackburn? Could Wolves?

That’s exactly the conversation MLS wants us to have as it prepares to start its new television deal with NBC Sports next season. Beckham might be on his way to Paris, but the league got everything out of him that they could, including that picture of him lifting the league’s big prize. Perhaps a few more kids will dream of lifting that trophy one day. The bigger picture, though, is that MLS isn’t going anywhere. It’s on the sporting map in America, and it’s only going to get bigger. That might be a lot more than we can say for the NBA right about now.

(For more on the MLS Cup Final, click here and here.)