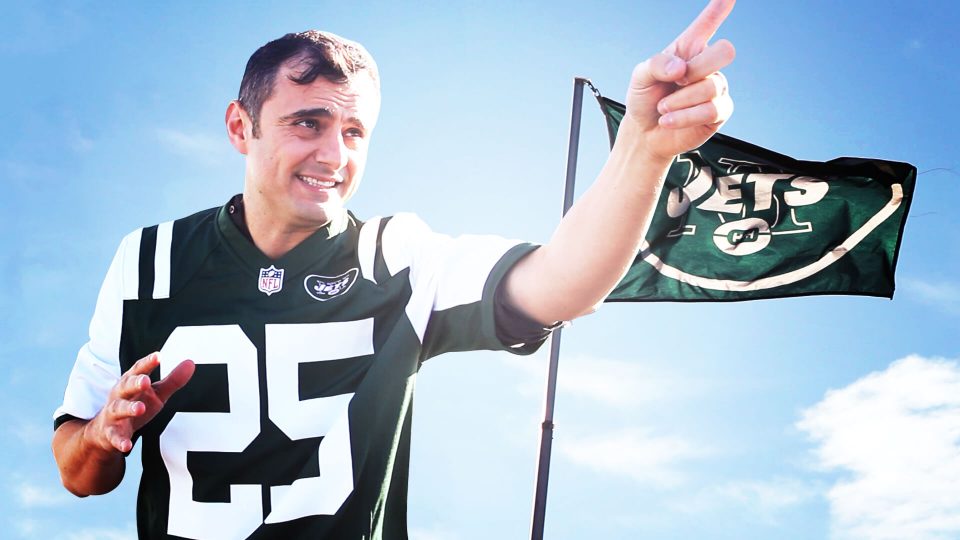 Our pal Gary Vaynerchuk has always worn his heart on his sleeve when it comes to the New York Jets, so it’s little surprise to see this reaction from him after the Pittsburgh Steelers stomped his Jets for 30 minutes, then held them at bay just enough in the 2nd half to win the AFC Championship and get to Super Bowl XLV. I imagine he was far from the only Jets fan attempting to drown his sorrows on Sunday night.

Say this for the Jets, though — Rex Ryan has made them more fun to follow than any other team in the NFL. If they had won on Sunday, they would have made the next two weeks awfully entertaining. As a Steelers fan, I’d like to think I could have dealt with losing to the Jets a lot more than losing to, say, the Ravens or the Patriots. On the other hand, I’m glad I don’t have to.

Also, as awesome as Rex Ryan is, I would never trade Mike Tomlin for him. Tomlin is the mutt’s nuts.

As for the NFC Championship, I leave you with Spencer Hall’s must-read piece on Jay Cutler and the reaction to his being pulled from the game. The only thing I could possibly add to that is this: Why is no one suggesting that Cutler just got benched? Hockey goalies having bad nights get pulled from games all the time. Why shouldn’t it be the same for quarterbacks? Why is everyone questioning Cutler’s toughness and ignoring the fact that he was just stinking up the joint? And how is this so different from what happened to Jim Kelly in 1993? Aside from the fact that Caleb Hanie is no Frank Reich, of course.

“The energy is back.”