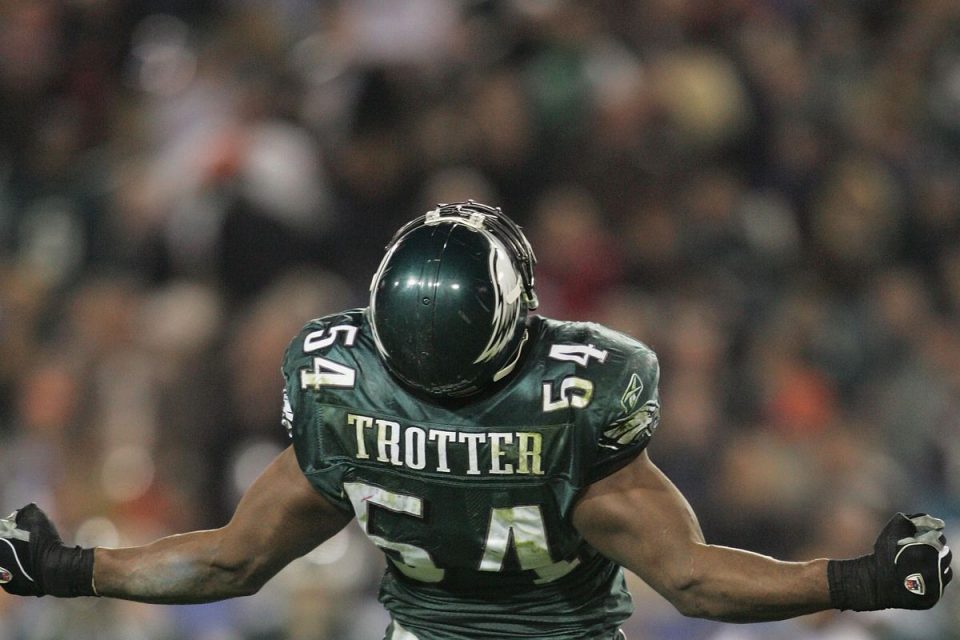 Terrell Owens isn’t the only new Eagle having a major impact on his team.Check it:

(Linebacker Jeremiah) Trotter was one of the team’s top players on special teams in the first half of the season, before defensive coordinator Jim Johnson made a crucial move. Following the Eagles’ first loss of the season, 27-3 to Pittsburgh, in which the Steelers ran for 252 yards, Johnson inserted Trotter into the starting lineup and moved Mark Simoneau over to the weakside spot.

The Eagles were 24th on defense and 27th against the run when Trotter reclaimed his old job. In the next six games, the defense allowed averages of just 70.2 yards rushing, 227.2 total yards and 10.7 points per game.

Trotter finished the season with 80 tackles, one sack and three hurries, earning his third trip to the Pro Bowl despite making only nine starts.