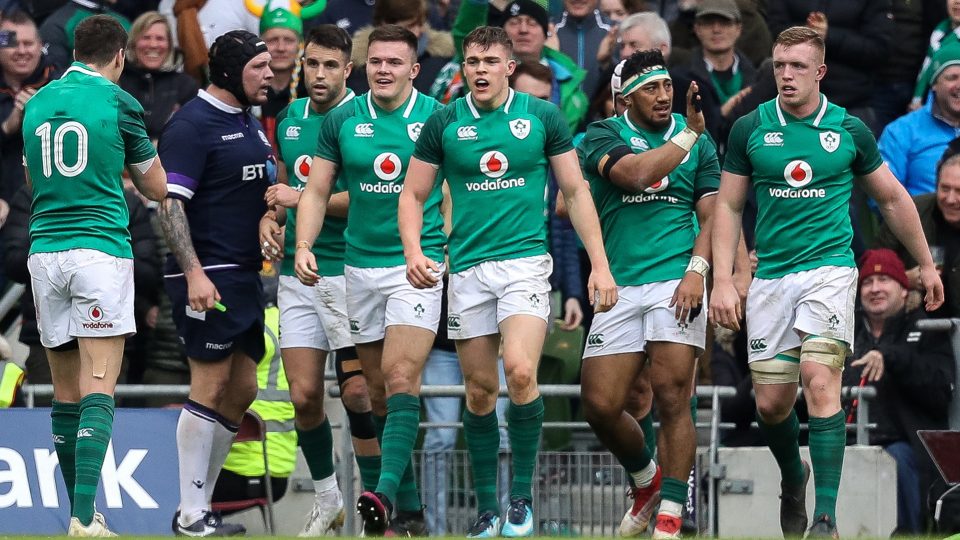 You know what the real problem is with International Rules Football? They only play it twice a year.

Some folks will disagree with me on this — particuarly this guy and this guy — but that’s because they only see this game through the filter of their own football code. If they stopped and looked at this from a neutral viewpoint, though, they might see a football code that has much more potential than is on display in this Australia v. Ireland test matches. International Rules requires a rare combination of speed, strength, agility and creativity that you don’t usually see in other codes. Yes, the play looked sloppy at times on Friday, but that’s because we’re dealing with two teams playing this particular brand of football for the first time in two years — and the rules have changed yet again, so even now it’s not the same.

If these two nations played this particular football code year-round, however, International Rules might develop into a uniquely entertaining game. We could see coaches come up with game plans and see players execute clever moves that would excite the fans to no end. We could see a form of football that would blossom into something new and exciting.

Imagine for a moment if this were the dominant football code on the planet. Imagine someone like Wayne Rooney was running around up front, taking marks and nailing overs like he used to nail middle-aged hookers. Imagine if Troy Polamalu were darting around the midfield, tackling any ball carrier coming his way. Imagine what Bryan Habana could do with a round ball and a little bit of space on the sideline.

We’ll never get to see that. Australia has its code, Ireland has its code, everyone else has their codes, and that’s that. We already have two truly international football games — soccer and rugby — and nobody really wants to explore the possibilities of any new codes. Why inject a bunch of new rules into football when the old rules seem to work just fine for everyone?

That’s a shame. Given a little bit of room to breathe, I think International Rules could be a great football game. I guess I’m alone alone in that regard.