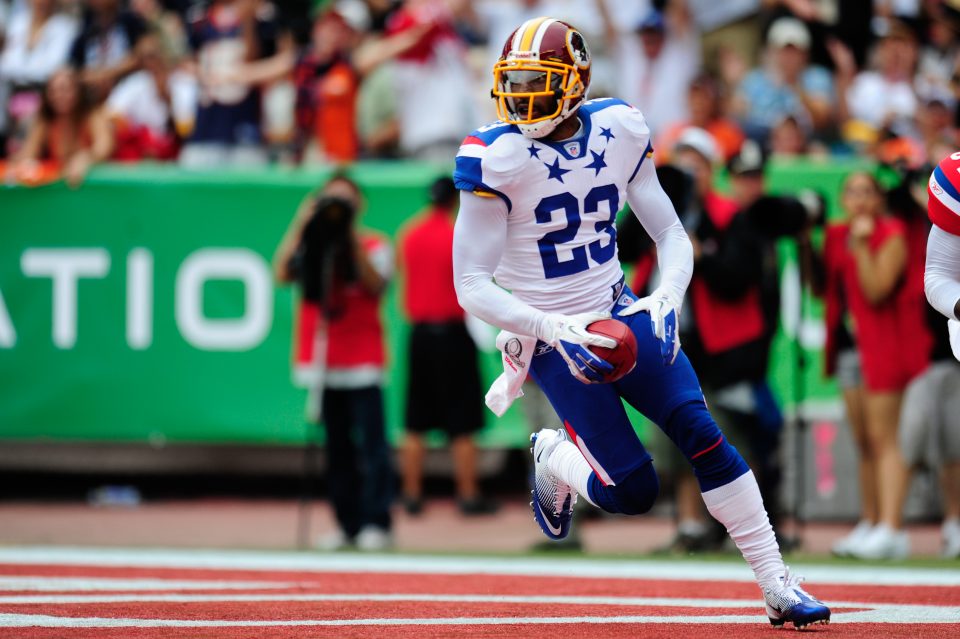 Once upon a time, NFL players cared about playing football in the Pro Bowl.

This is what they did yesterday instead.

Notice how nobody seemed all that interested in hitting anyone. There was no blitzing, no real blocking (it wasn’t really needed), and no tackling. This might have been the players deciding that they weren’t going to risk their bodies in a meaningless exhibition game for a league that doesn’t seem so interested in their well-being these days. Then again, maybe this is a sign that the Pro Bowl has simply outlived its usefulness and needs to be taken out to the woodshed.

But whatever shall we do for our football fix the week before the Super Bowl, you ask? Here, I’ve got a solution for you. It borrows a concept from the Australian Football League — specifically, its pre-season NAB Cup. We’ll call this… drum roll, please… The Rozelle Cup.

Here’s how the Rozelle Cup works: you start with all 32 teams, selected semi-randomly to play against each other in Week 1 of the pre-season. Winners advance, losers drop out and play standard exhibitions for remainder of August. By week 2, you’re down to 16. By week 3, 8 are left. By week 4, 4 teams remain. The winners of those last two games play for the cup the week before the Super Bowl.

Suddenly, the usually boring NFL pre-season is a lot more interesting. The need for an 18-game season disappears, because now you can use the Rozelle Cup to sell games that are more competitive in August. Teams have more than one shot at glory, and players fighting for jobs can make themselves stand out even more.

The downside? No NFL team would want to play in both the Super Bowl and the Rozelle Cup final. The likelihood of this happening is fairly slim, though, and after a few years, perhaps “winning the double” would become a truly impressive achievement in American football, too.

What does everyone think of this idea? Better than an 18-game season? Would you rather see a competitive cup final the week before the Super Bowl instead of an exhibition game where players are so openly apathetic? Let’s hear it, people.

Steelers Have Only Themselves To Blame