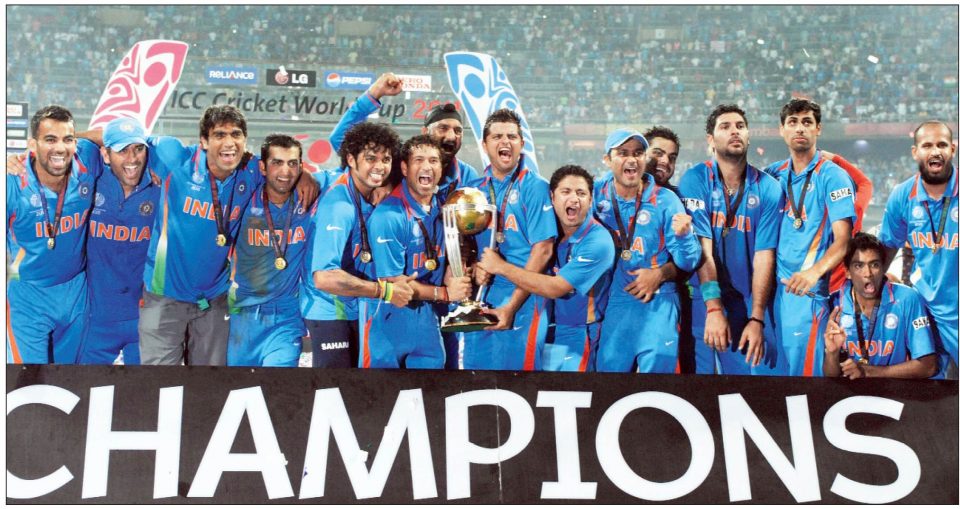 Over the last two decades or so, American media has had this tendency to look at the Association game through the lens of its own relative popularity. Every milestone and major achievement leaves people asking, “What does this mean for the future of soccer in America?”

This has become cliché to the point of absurdity. The game already has a foothold here. The number of World Cup viewers in America nearly doubled from 2006 to 2010. People fill pubs on Saturday mornings and shell out for satellite TV to watch it. In terms of average attendance, Major League Soccer (16,675) is close to achieving parity with the NBA (17,520) and the NHL (17,460). Soccer is here. Get used to it.

That old lens, though, which is clearly made from Gorilla Glass, still tempts us to look. We see young American players doing amazing things, and we want to push forward ten years and see them as superstars that win us big prizes. We’re already calling 18-year-old Juan Agudelo The Future of American Soccerbecause not only does he have 2 goals in 4 caps with the U.S. national team, but he can do things like this:

We’ve been down this road before, though. We declared Freddy Adu was The Future, and look where he ended up. Jozy Altidore got similar treatment, and while he’s clearly done much better on the international level, his club career has floundered since he left New York. We spent so much time hyping their potential that we ignored their kinetic. What have they accomplished? What are they doing now?

Perhaps we’ll have grown — not as a “soccer nation,” but as fans in general — when we stop viewing someone like Agudelo for what he will be and just appreciate him for what he is. He’s a young player with a lot of talent who just happens to be playing with (and learning from) one of the best strikers in the game. As Messi imitated Maradona, so Agudelo is imitating Thierry Henry. So long as this kid avoids major injuries and drunken car crashes, he’ll be good and possibly great.

The Future, however, still remains perched in our heads like a hungry vulture, swirling around any player or event that can somehow “raise the profile” of this game.

Which brings us to Real Salt Lake.

In case you missed it last week, as most casual fans did, the 2009 MLS Cup champs managed a 2-2 draw against Monterrey in Mexico in the final round of the CONCACAF Champions League. They play the second leg tonight in Utah, and if Real Salt Lake either wins or manages a 0-0 or 1-1 draw at home, where temperatures in the low 40s are bound to make the Mexican side just a little uncomfortable, they will be the first MLS club to win this new Champions League and earn a bid to the FIFA Club World Cup.

As you can see from the video, pretty much all of MLS wants seems to want this to happen. MLS didn’t even care that much for the CONCACAF Champions League a few years ago. Now that there’s an MLS club proving itself capable of beating a Mexican club over two legs, however, MLS is putting all its marketing muscle behind supporting RSL. That draw in Mexico made the entire league feel like it’s finally achieving parity with the Primera División. It made MLS feel like a grown-up.

Perhaps it’s the single-entity nature of the league that encourages this sudden rush of love for RSL. Perhaps it’s the USA’s deep-and-growing-deeper rivalry with our neighbors to the south. Either way, tonight’s second leg has become the sort of milestone that brings The Future back into focus. After all, if MLS is now on par with the Mexican top flight, imagine where it might be ten years from now.

The real sign of MLS’ maturity, though, is that it’s even embracing this competition in the first place. Perhaps when fans react to this sort of boosterism by saying, “Dude, I’m not supporting them,” the same way Chelsea fans will look down their noses at Manchester United in the UEFA Champions League, MLS will truly be able to sit at the adult table.

That leaves us to ask what a Real Salt Lake win tonight really means, and the answer is this: 1.) the club champions of North America will be based in Utah, which nobody ever expected to see, 2.) no matter what happens this MLS season, RSL will play in Japan in December, and 3.) Jason Kreis is a damn good manager whose team-building prowess just might get him a look from some clubs outside of the USA, and wouldn’t that be something?

Oh, by the way, Jason Kreis is a Duke grad. That might make a few Americans out there back Monterrey tonight.

Regardless, the real lesson of this game, and perhaps the real lesson of Association football in general, is that we should stop thinking about The Futureand learn to celebrate these moments in the present. When Landon Donovan scored that game-winner against Algeria last June, all that mattered in that moment was that we won and we advanced in the World Cup. When the USA upset Spain to reach the Confederations Cup Final in 2009, all that mattered was “We #$*%ing BEAT SPAIN!”

RSL fans will hope to experience that on a smaller scale tonight, but it certainly won’t seem any less important to them. For at least 90 minutes, they get to live in the moment they’re in. We may never see Real Salt Lake v. Real Madrid, but tonight, that doesn’t matter. Whatever will be, will be. We’re here to witness thisgame, this moment. That, my friends, is truly worth celebrating.

Schadenfreude, Thy Name Is Sergio Ramos

Your 2011 Premier League Fantasy Champion Is…

The Existential Dread of the Final