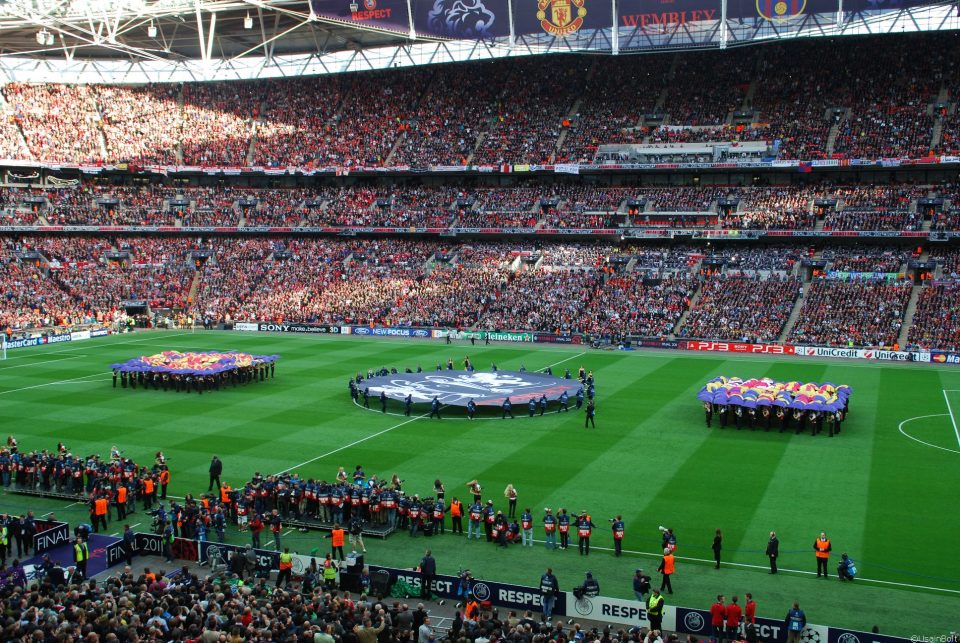 This is probably not the proper reaction to have to the UEFA Champions League Final. It’s the big day! It’s Europe’s answer to Super Bowl Sunday, and more people are watching this! Two massive clubs, both domestic champions, battle it out to be champions of the continent! What more could you want?

An entertaining game would be the thing, and I have a sinking feeling we’re not going to get it.

Why? Because stakes is high today, folks, and the higher the stakes, the less the competitors want to push the action. This is true in rugby as well as soccer. Teams competing in finals tend to sit back and wait for someone else to make the mistake, and the end result is a game with little action that’s difficult to watch. This was especially true in the 2010 World Cup Final, where Spain did its tiki-taka dance while the Netherlands sat back (and occasionally practiced martial arts techniqes) and waited for the clock to run out.

Guess what? At least half that Spain squad will be wearing Barcelona jerseys today, and they’ll be doing that same tiki-taka dance, while Manchester United will sit back and wait for a counter-attack opportunity. And why not? Jose Mourinho proved last year that sitting back and countering works, and United’s skill on the counter pretty much won them the Premier League.

This is not, however, a recipe for truly exciting football. We could be in for long stretches of precision passing that result in absolutely nothing. You can already hear the last few soccer haters in America quoting that Simpsons episode.

With football, there’s always hope you’ll be there to witness the next historical moment, the next lucky bounce, the next moment when Teddy Sheringham equalizes and Ole Gunnar Solskjær wins in the last minute for United, the next incredible Zidane goal in a CL final.

Or, to give it an American perspective, the next Landon Donovan game winner in stoppage time. Yes, we might get the Barcelona squad that cried en masse to the ref that Pepe gave them a boo boo, but we might also get this:

And that’s why we watch football. We want to remember where we are when that happens.

I would say we should hope for a truly grand final today, but as football reminds us, it’s the hope that kills you. But what the hell? It’s the Champions League Final. Let’s watch together anyway. Follow me on Twitter for live commentary. I’ll have beer. You should, too.

Your 2011 Premier League Fantasy Champion Is…