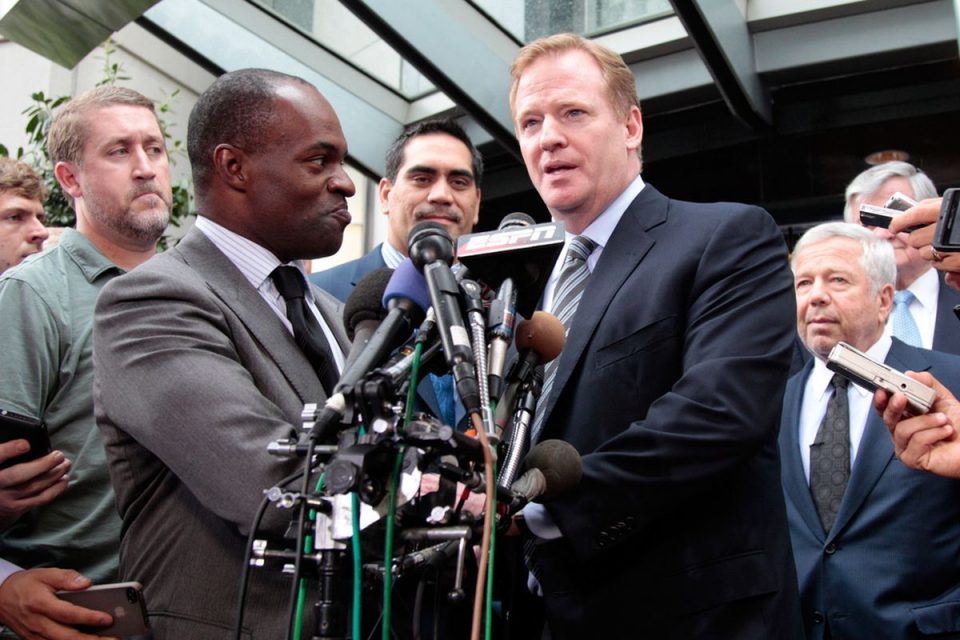 So the NFL lockout proved inevitable, the NFL Players Association has decertified, and everyone’s dug in for a long, ugly legal battle that nobody really wants to read about, even though the fate of the 2011 NFL season hangs in the balance. Whatever shall we do without football?

Simple. We shall turn our attention… to football.

See? The President knows. He’s already way ahead of the game. It’s football season once again… in Australia.

For those of you who have read the blog for a while and know all about Australian Rules Football, this post isn’t for you. This is for your friends who don’t know what Aussie Rules is all about — you know, the ones that always say, “Oh, you mean rugby, right?” No, my friends, we do not mean rugby. Yes, they play rugby in Australia, and that’s all well and good, but the Australian Football League is very different animal — not to mention an incredibly popular one. The AFL has the highest per capita attendance of any sports league on the planet, and only three sports leagues on the planet — the NFL, the Indian Premier Leagueand the Bundesliga — have higher average attendance than AFL.

So what makes Aussie Rules so popular? Nothing less than sheer awesomeness. It’s fast-paced, it’s physical, it’s high-scoring, and once you get the rules of the game — which are pretty easy to pick up, as you’ll see below — it’s a ton of fun to watch. There’s a reason it’s been Australia’s national obsession for more than 150 years.

Of course, just because it’s been around for a century and a half doesn’t mean it isn’t new to you. This is a very different football game than you’re used to watching, so in order to understand what you’re watching, you’ll need to know what the Aussie Rules are. That way, when you fire up ESPN 3.com this week to watch your first AFL game, you’ll know exactly what it is you’re watching — and you’ll watch all the way through September.

Thus, this handy guide is for you. Follow along after the jump, my friends, and meet your new favorite sport…

Australian football started out as a way to keep cricketers fit during the winter. As a result, AFL matches are played on cricket ovals, which may be between 135 and 185 meters long. At each end of the oval are four goal posts, which are arranged like this:

The object of the game is to kick the ball through your goal posts more than your opponents kick the ball through theirs — simple enough, right? If the ball is kicked through tall those center posts, that’s a goal, which is worth 6 points. If it’s kicked through either of the side posts, that’s called a “behind,” which is only one point. It’s also a behind if the ball off the center posts. A behind is often called a “miss” by commentators. Accuracy matters here.

Each team has 18 players on the oval at once, and unlike other popular football games like soccer and rugby and American football, there’s no offside rule. That means players can pretty much run anywhere on the field, which creates a much more free-flowing game.

The game starts with a “center bounce,” which is kind of like a tip-off in basketball, except the ref bounces the ball in the center square, and two big guys called ruckmen fight to tip the ball to their teammates. Once a player gets the ball, he has four options:

2.) He can kick the ball to a teammate or, if he’s close enough, through the goal.

3.) He can “handpass” the ball, which is an underhand punch of the ball, as demonstrated by Obama at the top of this post. (It’s gotta be punched, too. Laterals are a no-no.)

4.) He can stand there and get his ass tackled.

Players can only get tackled between the shoulders and thighs. If a player goes for another’s head or knees, that’s a penalty and a free kick for his opponent. Particularly egregious penalties can result in the ref granting the free kick 50 yards ahead of the foul. Legal tackles that result in a dead ball usually result in the ref bouncing the ball at that spot and letting the ruckmen fight for it.

While players can advance the ball toward goal by running and handpassing all day, the kicking game is important because of something called the mark. This is a big part of the game. If a player makes a clean catch of another player’s kick, he’s allowed to take a free kick from behind the spot of the catch. He only has about 5 seconds to make that kick, though, before the ref shouts, “Play on!” A player can take a mark on an opponent’s kick as well.

Thus, teams could advance the ball by kicking to each other and getting free kicks all the way down the oval, though handpasses get them out of tight spots, too. When a player gets a mark within 50 meters of the goalposts – sort of an end zone, if you will – that player gets a free kick at goal. That’s when most of the points are scored, so spoiling marks becomes increasingly important for back line players. Darrelle Revis, for example, might be a pretty good back line player in this game.

After a goal is scored, the ref brings it back to the center for a bounce, and the game continues. If a team only scores a behind, though, the opposing team gets a free kick from the goal square in front of the posts. Also, if the ball goes out of bounds, the ref gives it a backward heave back into play — unless it’s kicked directly out of bounds. Then it’s a free kick to the other team.

And that’s the game. Now that you know it, you might be thinking, ”Y’know, that sounds like fun. Where can I watch some Aussie Rules?”

ESPN used to show Aussie Rules back in the 80s, before they had the rights to show any major American sports. What goes around has come around, though. ESPN once again owns the U.S. broadcast rights to the AFL, and they plan to show up to three live matches per week on ESPN3.com. The 2011 AFL season starts Thursday, March 24, with a match between the Carlton Blues and the Richmond Tigers. ESPN2 will also show its first regular season AFL match — Geelong Cats v. Port Adelaide Power, a rematch of the 2007 AFL Grand Final — on Saturday, April 9, starting at 11:55 PM Eastern, 8:55 PM Pacific. You can get the full schedule from our friends at AFANA.

As for the AFL itself, you can follow it on the league’s official web site, and you can keep up with the basics on its Wikipedia entry. And yes, there’s a fantasy football game. It’s called SuperCoach, and you can play it here and here.