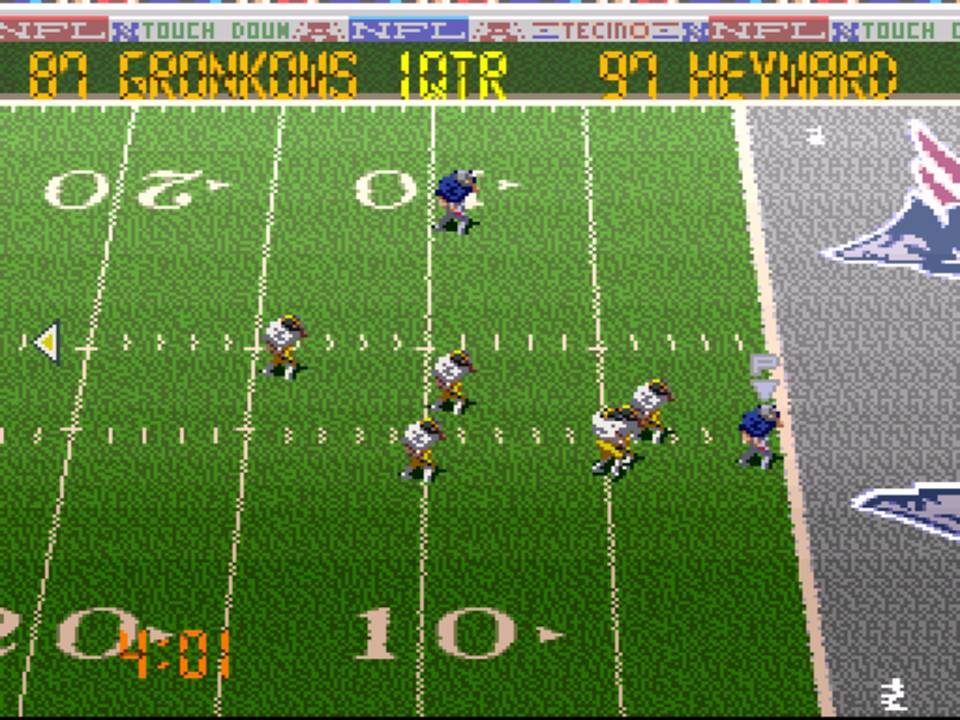 Yes, yes, I know. I’ve been very slack the last few days in keeping everyone up to date on what’s happening. As a result, there probably aren’t too many of you left out there, which leaves me talking to the wind, I guess. On the other hand, what else is blogging but talking the wind and seeing if somebody out there hears you?

It’s been a busy weekend. Not only am I concentrating on all sorts of non-football things in my life — in part because the season feels over after the Steelers’ AFC Championship loss — but I’m also gearing up for my annual Super Bowl bash. I’ve got a case of Yuengling in the fridge and lots of nachos in the cupboard, and I’m going to go see my man Fabio at Quizno’s today to get my giant sandwich. The halftime show here is called “Flaming Grape Death!” (As they used to say on the Indiana University message boards, moron that later…)

My pick for today? To be honest, I don’t really want to make a pick, because I don’t much like either of these teams. The Patriots feel too much like a cult to me, and the Eagles… hey, I’m a Steelers fan, okay?

If I had to pick one, though, I would simply go with what Tecmo Bowl told me. I took the Tecmo Super Bowl 2K4 ROM and updated the Pats and Iggles rosters to reflect today’s game. It wasn’t totally accurate — Richard Seymour may play today after all, Terrell Owens was option #3 at receiver, and Brian Westbrook may return kicks instead of Reno Mahe today — but it was as close as I could get it. Then I ran a series of computer v. computer games with those two teams.

So I’m going with the Patriots. Personally, though, I think I’d rather see the Eagles take it at this point, just because I like Donovan McNabb.

So there you have it. If that’s not enough for you, go read this. And enjoy the game. No matter what anyone tells you (myself included), it’s gonna be a glorious day…

And speaking of grandparents…