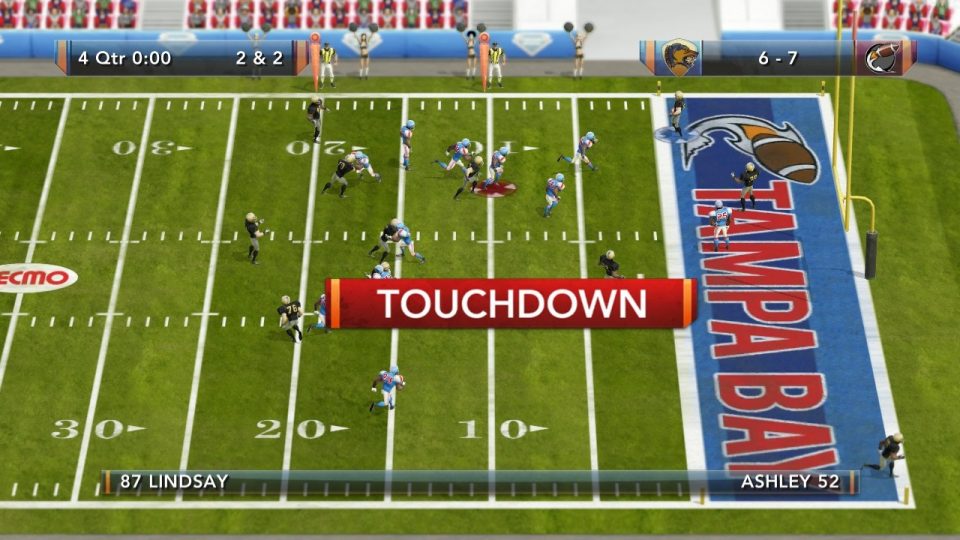 Kudos to the gang at The Offside for digging up this nostalgic trip through 8-bit and 16-bit soccer video games. I didn’t play much video game soccer back in the day — was too busy losing hours playing Cyberball and Tecmo Super Bowl — but I recognize a Neo*Geo game when I see one, and there are quite a few of them in that video. It’s as if Neo*Geo programmers were required to make their games funky-looking.

Wait, I’m sorry… distinctive. Yeah, that’s the word that will save me from the inevitable comment flames…

In the meantime, here’s some more stuff you ought to read:

Finally, to end on the theme with which we started, here’s what our pal Tom Dunmore has been doing in his spare time instead of updating Pitch Invasion every day. Instead of recreating football in video game, he’s recreating video games at live football matches.

What, no mushrooms? Come on, Section 8.