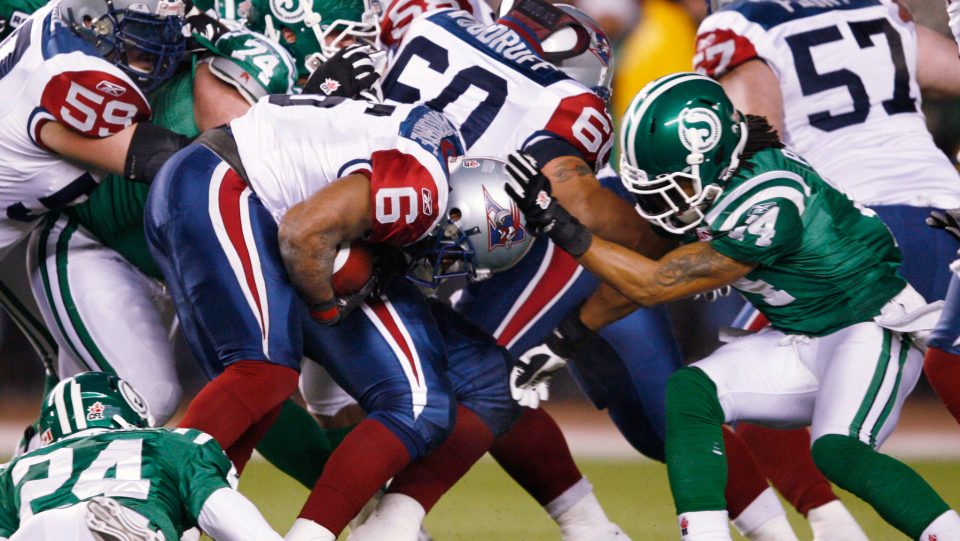 Canadian football has a scoring rule known as the rouge, or the single. Basically, if a ball is kicked into or through the end zone and is not returned or kicked out by the opposing team, the kicking team gets a single point, and the opposition gets the ball on the 35-yard line.

That assumes, of course, that there’s any time left on the clock. Otherwise, you get this…

This bit of frantic awesomeness from the Montreal Alouettes and Toronto Argonauts was a direct result of the existence of the rouge. Even if Montreal kicker David Duval missed the field goal on the final play of the game, the Argos still had to prevent the ball from going out of the end zone, else they give up the single and lose by one. If they had run it out of the end zone and kneeled down, they would have forced overtime, but as you can see, their only real option was to kick it out.