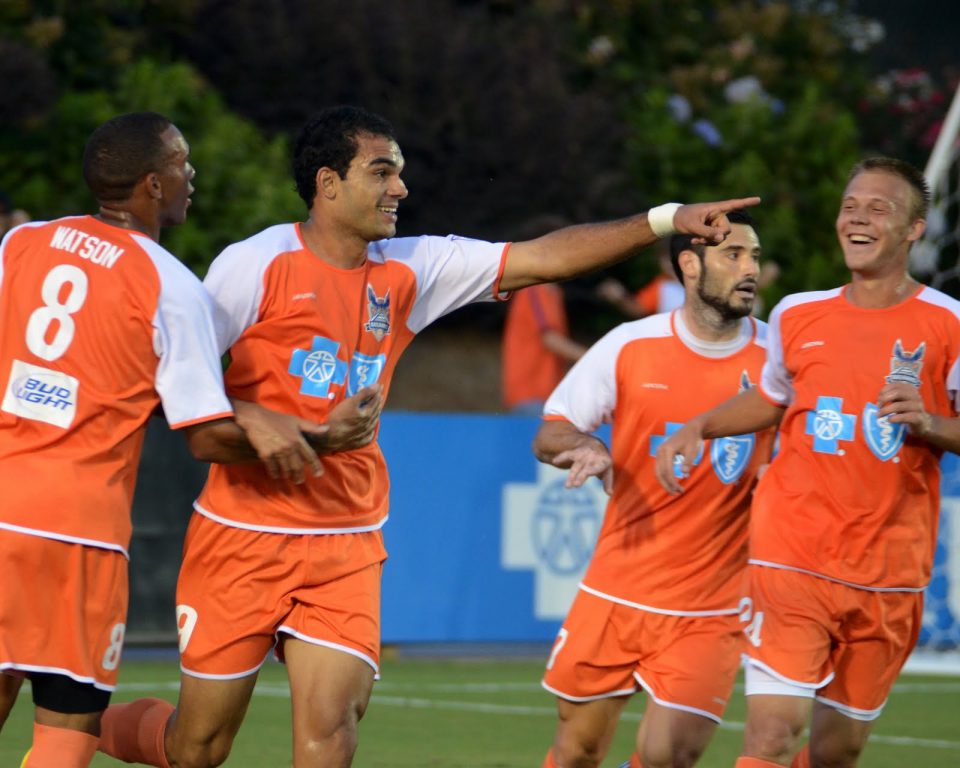 The uncertainty is always there. In the divisions of American soccer below MLS — and occasionally, as a few Florida residents might tell you, in MLS itself — there’s always a chance that the club you support won’t be around for very long. Club owners arrive with big talk of making soccer work in this town, only to be kicked in the chest by economic reality. No current American soccer club is more than 20 years old, and only 8 clubs currently in the lower divisions have lasted more than a decade, many of them keeping shoestring budgets and low expectations. The clubs that overreach end up being the ones that collapse the fastest.

And so it goes with the club I’ve supported for the last four years.

The owners of the Carolina Railhawks filed dissolution papers last December to shut down the companies that ran the club. Team president Brian Wellman told reporters that the “current owners just don’t want to be involved anymore.” The remains of the club were sold to Traffic Sports USA, which now has majority ownership of four of the eight clubs that were set to play in the new North American Soccer League this year.

Yesterday, it hit home. What was left of the Railhawks organization put everything up for sale. The Railhawks trademark is up for auction on eBay, and everything from leftover jerseys to training pylons to the team’s mascot costume was advertised on Craigslist.

Yes, they’re selling Swoops. It has indeed come to this.

Technically, there’s still a club here, but unless Traffic Sports wins the trademark auction, it won’t be called the Railhawks. Traffic is simply propping up a shell club, just like it’s doing in Atlanta, Miami and Minnesota. For this reason, the U.S. Soccer Federation announced this month that it has preliminarily declined to sanction the NASL as a Division 2 league in 2011, claiming the league no longer meets the new financial standards for Division 2. The league could reapply for Division 3 sanctioning, but the current NASL leadership is suggesting it’s Division 2 or bust for the NASL.

If you’re looking for a reason why Sunil Gulati is hesitant to sanction a league that is practically half-owned by Traffic Sports, look no further than the story of Gale Agbossoumonde, the young Togolese immigrant who is a rising star in the U.S. National Team. The teenage defender turned away what he believed to be a lowball contract offer from MLS to sign his rights over to Traffic. In turn, Traffic wrecked Agbossoumonde’s transfer to Portuguese club Braga, and he’s been in limbo ever since.

This is part of Traffic’s core business — finding young players, filling their heads with dreams of European glory, signing them to contracts and selling those contracts to clubs for profits. It’s often a shady business, and it clearly raises the hackles of the powers that be at both U.S. Soccer and MLS. They don’t seem so interested in associating themselves with Traffic. As a result, the NASL now sits in limbo.

As do I. The Agbossoumonde story has left me wondering if I really want to spend my money supporting a club that’s owned by Traffic. Sure, they say they’re simply holding these clubs until investors come along — which isn’t much different than the first decade of MLS, really — but who’s buying? If these clubs were money-making propositions, Selby Wellman would not have dissolved the Railhawks organization and held a fire sale for its remnants.

What’s more, Traffic is practically the only remaining entity left from the cabal that broke away from United Soccer Leagues. The Wellmans have sold out. Jeff Cooper’s supposed soccer empire in St. Louis fell apart most ignominiously. The Saputo family ponied up to join MLS in 2012. The NASL is Traffic’s show now, and while the league is moving forward with plans for the upcoming season, how committed are they beyond this? How do we know they, too, won’t close up shop the moment they don’t want to spend the money anymore?

That’s the reality of lower-division soccer in America, especially in the Southeast. There’s been talk of MLS returning to Florida or teaming up with Atlanta Falcons owner Arthur Blank to put a team there, but talk is all it has been, and it hasn’t been backed up by fan support. Cities like Seattle, Portland, Montreal and Vancouver could boast large, loyal fan bases, and that attracted the investment cash necessary to put those clubs in MLS. Those cities supported lower-division soccer. The big Southeastern markets haven’t, and the owners who invested in it over the years have yet to prove they know how to make it work.

So just like Philadelphia had for much of the last decade, we have a supporters club here in the Raleigh-Durham area, but we no longer have a club to support. We only have memories of the last four years — the songs we sang on the terraces, the drums we pounded to push our boys forward, the Southern Derby Cup victory in Charleston, the 9-0 drubbing of Miami FC, the U.S. Open Cup win over Chicago, that painful Open Cup loss to Wilmington the following season, the night the Cary police had to separate the Montreal Impact players from the refs, the beers and nachos at the pub after the match. We made friendships there that will hopefully last a lifetime. That camaraderie was the reason we kept supporting the Railhawks right up until the very end. It’s at the heart of what makes being a football supporter so great. Perhaps we’ll do it all again when the next club rolls into town.