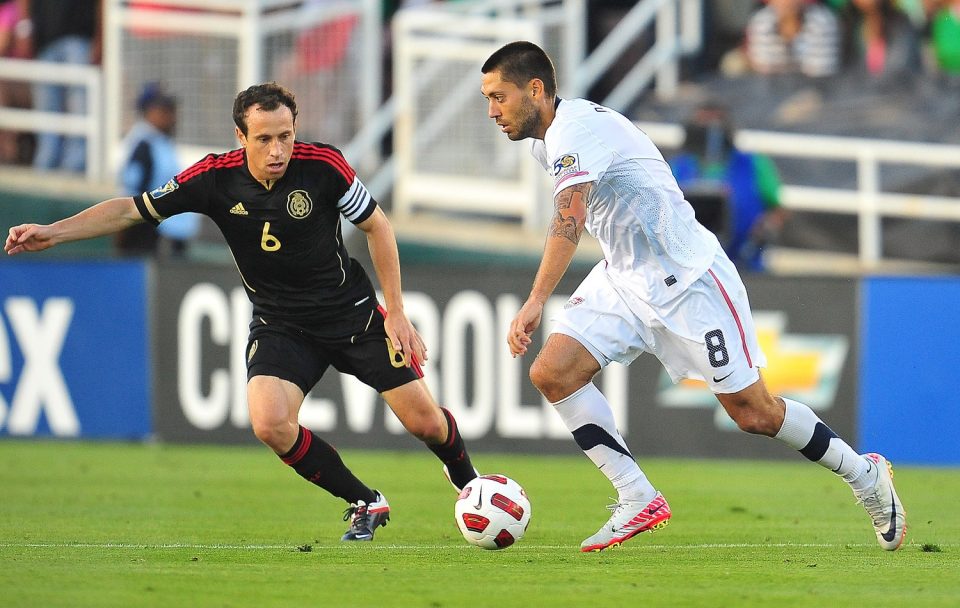 Jonathan Bornstein is quite popular in Honduras. He might want to consider hiding there for a while.

Yes, you could say it was unfortunate that Steve Cherundolo, the USA’s starting right back, sprained his ankle so soon after his team had taken a seemingly improbable lead against Mexico in the CONCACAF Gold Cup Final. Cherundolo had been one of the best players for the USA throughout the entire competition. Replacing him was a tall order.

Still, Bornstein’s entry into this game in the 11th minute sparked a resurgence in the Mexican attack, which spent the rest of the game exploiting the USA’s left flank and benefiting from an opponent’s left back who hadn’t seen any previous action in this year’s Gold Cup and was constantly out of position.

Now here’s the important question: Who chose Bornstein to replace Cherundolo? Who put a player into a game of this magnitude that had spent the entire competition on the bench?

Bob Bradley has a knack for the spectacular. When he makes the right decision, he nails it. He brought Freddy Adu, another player who hadn’t seen any Gold Cup action, into a scoreless semifinal against Panama, and Adu’s long pass perfectly set up Landon Donovan to provide Clint Dempsey with the game’s winning goal. Twitter scoffed at Adu coming into the game, but he proved Bradley right in that instance — so much so that Adu started against Mexico. El Tri respected Freddy so much that they double-teamed him most of the night. (It almost makes you wonder why he was on the bench for so long in the first place.)

But when Bob Bradley gets it wrong, as he did by starting Ricardo Clark against Ghana in the World Cup knockout stage, the explosion is quite spectacular. Bornstein was clearly the wrong man for the job here. He lacked the pace to keep up with Mexico’s speedy midfielders — especially Gio Dos Santos, who scored one goal and set up another from the right hand side — and he kept getting forward at times when he really needed to stay back.

So why would Bradley put Bornstein into this game? Was it his recent Mexican League experience? Bornstein has spent the bulk of his time with Tigres on the bench, playing only 7 games and not once playing a full 90 minutes in any of them. That seems telling. Was it his past service to this USA squad? That really didn’t mean much here, did it?

Perhaps the better question is this: what were Bradley’s options when Cherundolo went down? A quick look at the bench shows three other players that could have come on in this scenario.

Although the former West Ham player has proven to be better in midfield than at fullback recently, Spector could have replaced Cherundolo on the right side and kept the speedy Eric Lichaj on the left flank, where he would have had an easier time keeping up with Dos Santos and Pablo Barrera. The problem with Spector, though is the same as with Bornstein — he hadn’t seen any action in this tournament prior to the final.

While Ream had not played since his howler against Panama in the group stage, he and Clarence Goodson did play together in this competition, so he would not have been coming in cold. This would have allowed Carlos Bocanegra to shift to fullback, where he was more likely to stay back, defend and try to protect the USA’s 2-0 lead. It shows how little Bradley thought of Ream after that loss to Panama that he reached for Bornstein first.

While Edu doesn’t normally play in central defense, he’s done so before, and he’s big enough and quick enough that he could have potentially disrupted the Mexican attack. What’s more Edu would have provided some flexibility in the lineup. If the USA could have held on to the lead with Goodson and Edu in the back, Bradley could then have brought in another defensive player, moved Edu into his more natural holding midfield spot and put up the Christmas tree.

Obviously, none of these choices would have been as solid as having Steve Cherundolo out there for 90 minutes, and it’s entirely possible that Mexico would have won this game regardless of who came on for Cherundolo. Still, on the basis of play, it’s impossible to argue that any of these three would have been worse than Jonathan Bornstein. That’s on Bob Bradley. He had some options here, and he clearly chose the wrong one. Also, having Timmy Chandler on the bench might have been useful, but Bradley chose not to defy the wishes of FC Nuremburg, who played the “player fatigue” card, and left him off the Gold Cup roster entirely. In retrospect, that was also a rather poor decision.

There’s not a single manager in Europe or South America who would keep his job after making a horrendous tactical decision like this and losing a lead in a final. Sadly for U.S. soccer fans, this is not Europe or South America. Mexico was the favorite in this Gold Cup and the better team on the night, and key players like Stuart Holden and Jozy Altidore were missing because of injury, so Bradley will get a pass for this. He shouldn’t. Bradley made a terrible call here, a call that just might have cost the USA a trophy and a spot in the 2013 FIFA Confederations Cup. Those bad calls seem to keep adding up, don’t they?