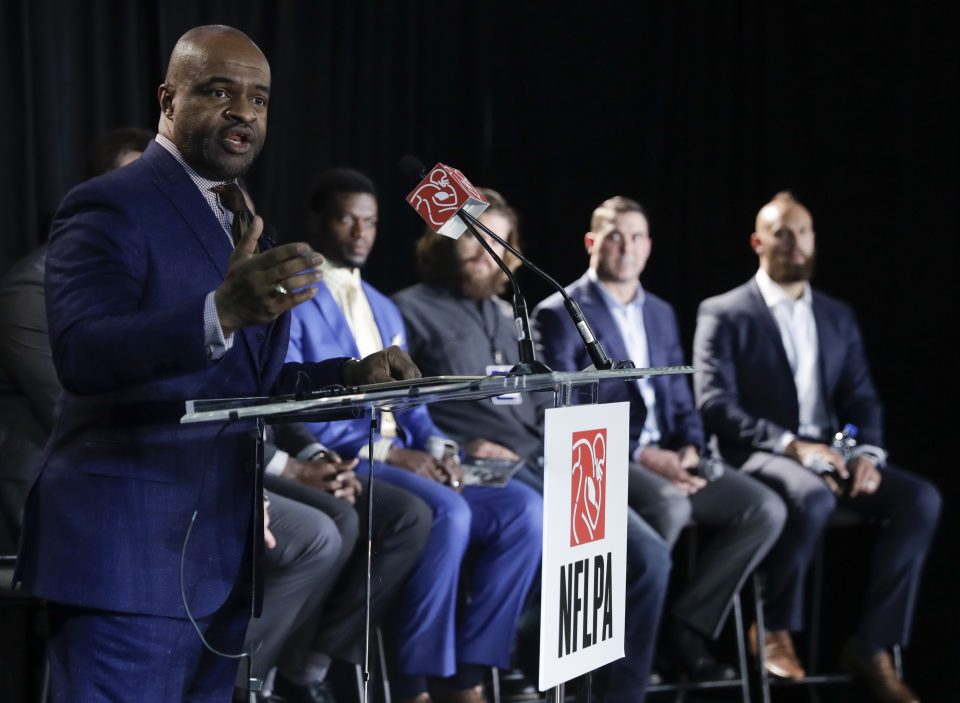 NFL football is back. Technically, of course, NFL football never left, as this all happened from March to July, but even that thought didn’t piss on the parades of gridiron fans today as NFL commissioner Roger Goodell and Players Association boss DeMaurice Smith stood in front of reporters and announced that both sides agreed to a new collective bargaining agreement for the next ten years.

You could tell it was a good enough agreement from the defeated scowl on Jerry Richardson’s face at the press conference. The Carolina Panthers’ owner, who spent the entire lockout becoming the prime symbol of NFL owners’ greed and hate, stood behind Goodell and Smith today looking desperate for some new earth to scorch. Sorry, Jerry. You’ll have to pay Cam Newton after all.

So what’s next? Draft picks can begin signing with teams on Tuesday, players with bad contracts can begin getting cut on Thursday, and on Friday, teams can start shelling out ridiculous sums of money for veteran free agents — and since teams are required to be within the salary cap range (roughly $119.2M to $120.4M) by August 4, we can expect a full week of glorious, glorious chaos. The team you watched religiously last year probably won’t look much like the one you’ll watch this year.

But at least you’ll get games to watch. We get a 2011 season after all. More big plays! More big hits! More big debilitating brain bruises! Everything we shell out our hard earned cash to watch! And we get it all for the next ten years! Huzzah!

One day, Aaron Sorkin will write a movie script about this. Roger Goodell and De Smith with be the smooth-talking heroes who became best buds, and everyone else — especially the lawyers, who were reportedly even bigger villains than Richardson in all this – will be such self-aggrandizing assholes that they’ll make the Winklevoss twins look like the Olsen twins. I wonder who they’ll get to play Jerry Jones…