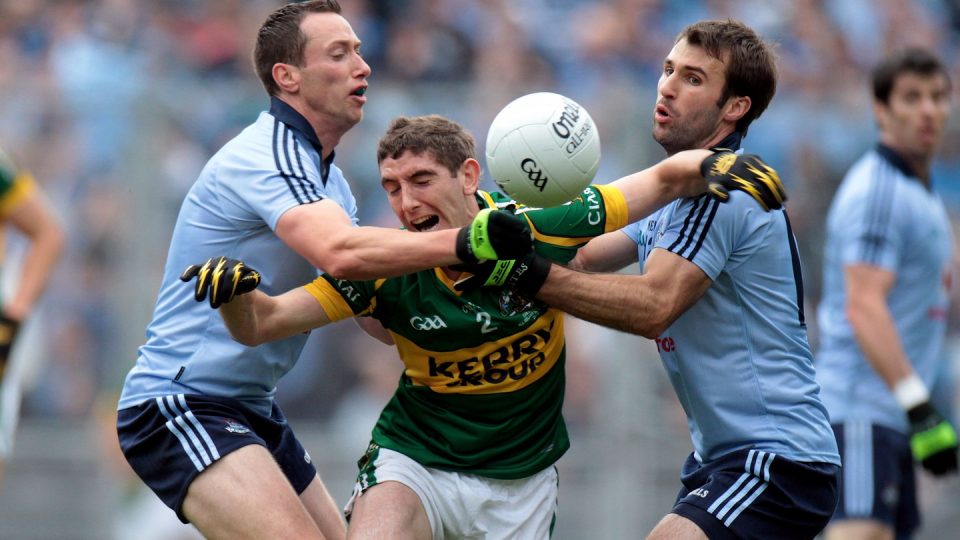 As I like to remind you dear readers every so often, football is an evolving thing. The football games people played 50 to 100 years ago bear little resemblance to the games people play today. Small rule changes can have a big impact on our favorite sports.

If the GAA decides to adopt some rules currently being testing in Ireland, however, Gaelic football might soon look very different than the game being played last year.

The first rule change would allow players to take a mark after a clean catch. Clearly, the influence of the infamous International Rules series is at work here, as marking the ball and taking a free kick after the mark were key components of International Rules taken from the Australian game. The experimental mark rule — specified here — is being tested in Gaelic football now, and it has the potential be as game-changing as the forward pass was to American football in 1906, or as the revised offside rule was to soccer in 1990.

The rule tweaking, however, isn’t stopping there. In another nod to International Rules, the open-hand pass was replaced with the fist pass, and one former All-Ireland ref says that change wasn’t enough, and that use of hands in general should be curbed. Said the ref:

“It’s no longer football as we used to know it. We live in an age when value for money has never been as important and when people come to see a football game, they shouldn’t have to watch basketball.”

Why he picked now to hate on basketball seems like a case of bad timing. Maybe he’s just upset that the Celtics are falling apart. Either way, if marks become legal and hand-passing is reduced, Gaelic football will start looking less like Gaelic football and more like… soccer, but with Aussie-style marks and rugby-style goalposts. Kind of like Harrow football, actually, but with less mud. It might also create a dynamic where coaches could emphasize “ground game” and “aerial game” strategies that would make for huge contrasts in styles.

Does Ireland want that? We’ll find out soon enough, I guess. If nothing else, perhaps it’s a sign that I wasn’t the only guy who enjoyed the International Rules series.

(Thanks to Coachie Ballgames for the heads up.)