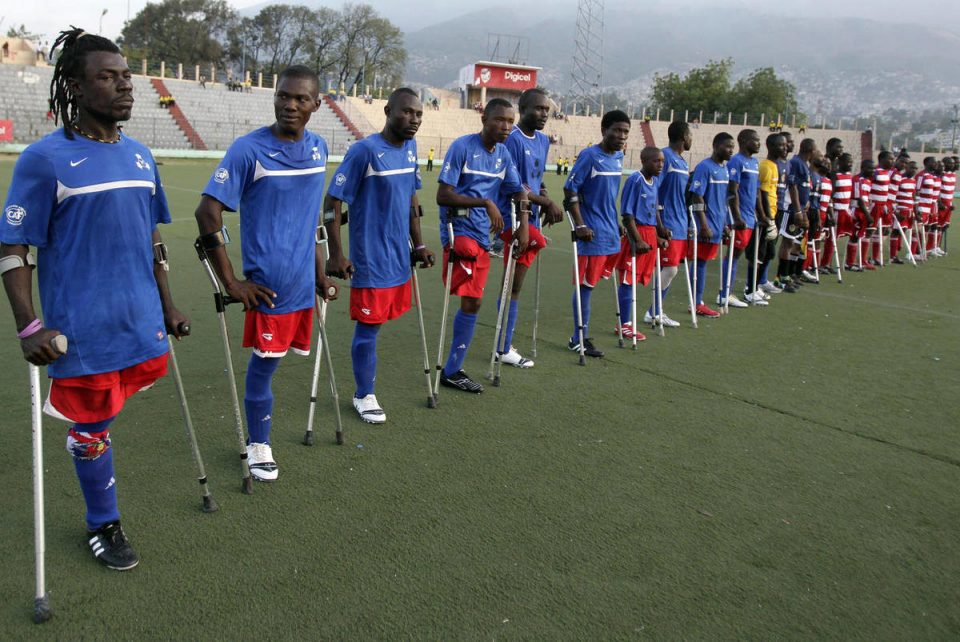 Once upon a time, anyone who had a limb amputated was considered an outcast in Haiti. Then a 7.0-magnitude earthquake struck a year ago, and all of the sudden, a large portion of the country knew someone who had lost a limb. That mindset clearly had to change.

Football has proven to be the driving force in that change, as this story about the Haiti Men’s Amputee National Team reveals. Team Haiti was created with the help of the International Institute of Sport in Arlington, Texas, and it’s done well to give a hope-starved group of people an outlet to perform. The team participated in the 2010 World Amputee Football Federation World Cup a mere 35 days after the team was formed.

It’s somewhat heartening to know that in a world where a tiny oil-rich emirate in the Middle East can buy a World Cup and a thoroughly average English striker costs £24 million to acquire, football can still be a force for positive change.