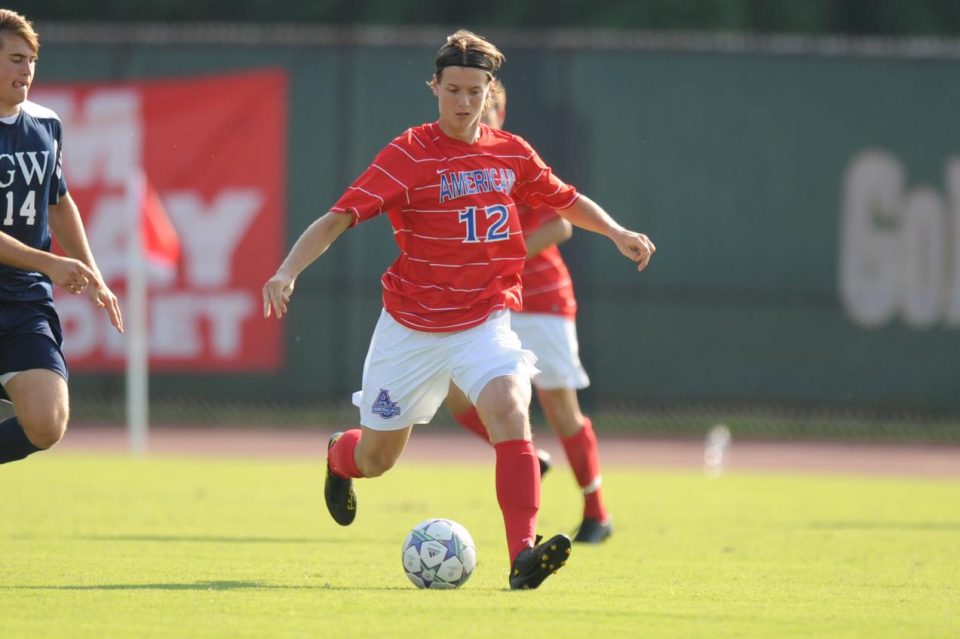 That’s because fans have this nasty tendency to prattle on about the superiority of their chosen football code like it’s their team. “Our football is the real football!”, they shout as loudly as possible, as if extra decibels can win them the argument.

Of course, they’re all ignoramuses. All those people spouting off about “real football” are completely oblivious to the fact that all football codes share a common ancestry, and that all our modern football games are merely products of their environment. Soccer and rugby both exist because some English schools had wide open fields and others didn’t. Rugby union and rugby league both exist largely because of a dispute between northern and southern Englishmen. The forward pass exists in the gridiron game in part because of one terrified Tar Heel punter. Walter Camp, the father of the gridiron game, thought the forward pass was stupid, but the Yale man’s plan to widen the field instead of adopting the forward pass was trumped by the already-built Harvard Stadium.

We fallible humans made the rules to all these games, and we can adjust those rules to suit their needs — something we do quite frequently. Is the offside rule stifling goal scoring? Let’s loosen it up a bit. Are teams clobbering wide receivers to gain an advantage? Write in an illegal contact rule. The Aussie Rules are rarely ever the same from one year to the next. This all but invalidates the notion that any particular type of football code is “real football.” It’s all just different ways of playing the game.

And people come up with new ways to play football all the time.

A few months ago, the Internet briefly went gaga over Kronum, a new sport created by some guys in Philadelphia that were tired of the old games and decided to invent something. There’s no football in the name, but the influence of soccer, rugby, Australian and Gaelic football — to say nothing of basketball and team handball — are all over this game. There’s are sections of the field where you can’t use your hands. Players have to bounce the ball to run with it. Shoulder charging appears to be legal, and there are plenty of 50-50 challenges in the air. All of these are elements of football in one form or another. There’s also a wide array of scoring opportunities into this game, too, making it a ready-made for fantasy leaguers.

Of course, first-time viewers might be baffled by the game, but it’s not as if that’s never happened with football before…

There’s a Kronum rec league in Philly that has attracted all manner of former high school and college jocks and weekend warriors who want to feel like they’re on the cutting edge of something, rather than just playing soccer and basketball like everyone else. That’s a start. However, with no published rule book, no five-ring goal kits for sale, and a flash-based mess of a web site that’s difficult to navigate and useless for attracting the notice of search engines, Kronum has a long way to go before it catches on outside of the Illadelph. Sometimes, as Walt Disney shows in the video above, it’s better to keep it simple.

That might explain why Circle Rules Football has been a bit quicker at gaining traction.

Built by an experimental theater student at NYU as a study in sport as theater — hey, they don’t call Old Trafford the “Theater of Dreams” for nothing — Circle Rules Football is also played in a circular area with only one goal in the center of everything. One team tries to get the giant yoga ball through the goal one way, while the other team tries to get it through the goal in the opposite direction. Simple as that.

At first glance, some folks will scoff at Circle Rules Football and marginalize it as “some dumb thing hipsters do.” Years ago, these same people also scoffed at the hippies playing keepie-uppie with hacky sacks in the same park, complete unaware of the fact that this activity was once the sport of emperors in Japan. Even the single goal concept borrows from certain forms of Cuju, the Chinese football game from which the Japanese Kemariwas derived. You could say that Circle Rules just brings it all full circle.

Will these football games will become as widespread as other, more popular forms of football? Who knows? Some have suggested the Association game has grown too corrupt for its own good, and the continued lack of accountability at FIFA is threatening to tear the game apart. Meanwhile, the gridiron game is struggling with a growing awareness of its massive concussion problem, which might lead more parents over time to convince their children to play a different sport. Maybe Kronum and Circle Rules are coming along at just the right time to give us fun alternatives to the troubled games we already have.

Then again, maybe we’ll just keep adjusting the rules of our current games until they suit us. After all, if football teaches us anything, it’s that we can always change the game.

The Existential Dread of the Final