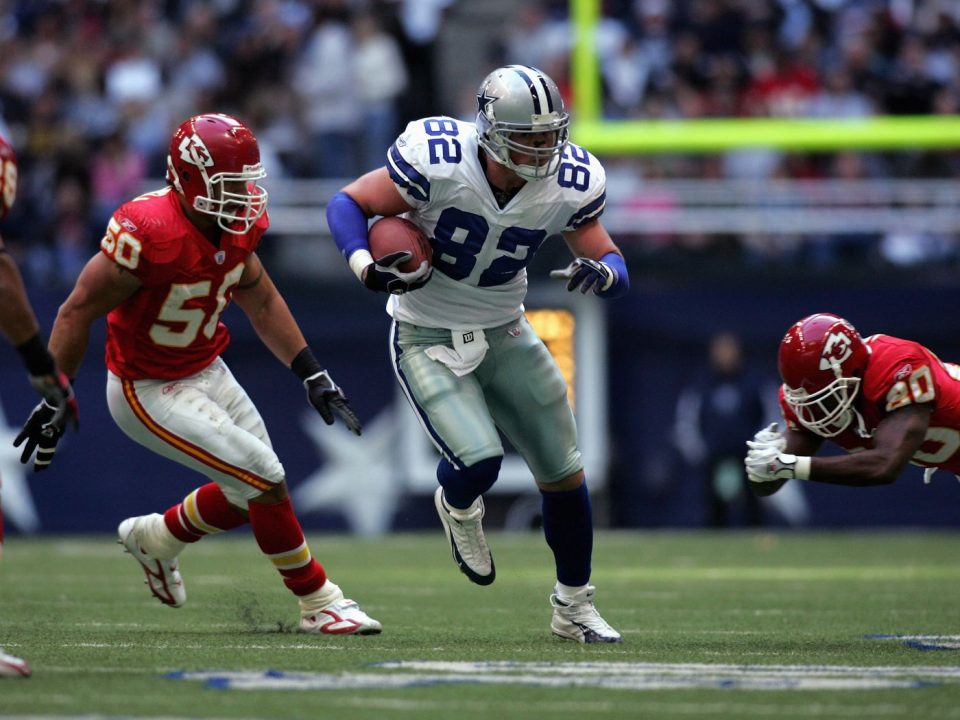 After a long drive, Dallas had 4th & goal on the 4, and Kansas City got called for a rather obvious defensive holding penalty, giving the Cowboys an automatic first down. It was a bad break for the Chiefs, who looked like they were going to hold the Cowboys until that mistake.

Two plays later Dallas scored a TD on a play-action pass from the 1 and took a 3-point lead. Kansas City had 16 seconds left to pull off a miracle.

It appeared they would. Two complete passes by Trent Green — including one sideline route that was reviewed and ruled a catch, even though it didn’t look like it to me — set up Lawrence Tynes for a game-tying 41-yard field goal.

Tynes’ kick wasn’t even close. It was one of the ugliest kicks I’ve seen in weeks.

That means there’s a 3-way tie for the last Wild Card spot in the AFC, and that means this Steelers fan suddenly has a little hope where there was none after last week. What a difference a week makes. 168 little hours…

No gas face for Jay Feely