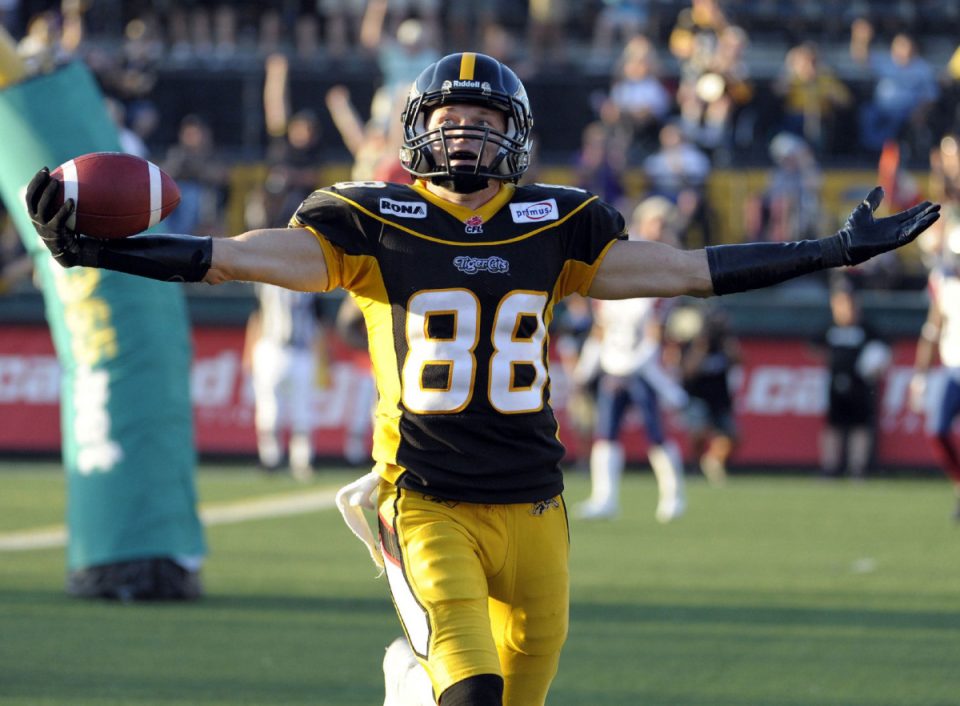 You have to hand it to Dave Stala of the Hamilton Tiger-Cats. Most CFL players couldn’t play keepie-uppie with a spherical football, let alone an oblong ball with pointy ends. It’s a fine display of showmanship. I fully expect Chad Ochocinco to steal this touchdown celebration, at least during the preseason.

Meanwhile, that play-by-play guy should probably be reminded that the French national team actually got to the World Cup, something the Canadian national team has only done once in its entire existence. But hey, last night Toronto FC got to the group stage of the CONCACAF Champions League on its third attempt. Progress!

(Spotted on Soccer By Ives.)